This is a list of ancient Mongolian weapons created around A.D. 1200 under Genghis Kahn. These weapons were used by both Mongolian horsemen and foot soldiers in battle. These weapons allowed the Mongols to conquer many different civilizations in Asia because of their great military technology of the time. 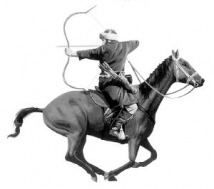 The Mongolians most useful weapon was the horse. The Mongolians started to domesticate horses around A.D 1206 and used them in batttle. At an early age, a Mongolian warrior would train with horses hunting and herding them. When the warrior turned fifteen years old, they would go into the army. Once a soldier, they were given four to seven horses that they would alternate between so they would always be ready for battle. 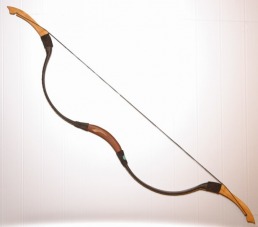 The Mongolian composite bow was both small and lightweight and was used for hunting and warfare. The bows were made from birch, sinew, and the horns of a sheep. It was great for use on a horse while in combat. Hunting was used to train younger warriors and to practice military strategies.

The Mongolian warriors used three different types of arrows all for different purposes. One used for fighting had an iron head and could go as far as 200 meters. Another arrow with a v-shaped tip was used for piercing through the skin of enemies. The last type of arrow had holes in it that, when shot, would make a whistling sound that could be used to tell others which direction to march in.

Only those of wealth and stature could afford a halberd. A halberd is a two-sided blade mounted on a pole that was six feet tall. The halberd could be used on a horse to swing at foot soldiers on the ground. One swipe of the halberd could reach many enemies at once which was always useful in battle. 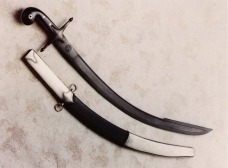 The Turco-Mongol sabre was given to all soldiers in the Mongolian army. It was a simply made one-handed curved blade. It was effective on foot but could be used on horseback with ease. The sabre was easier to use than the typical straight-edged blades that were used before it. It could effectively cut through armor and helms. 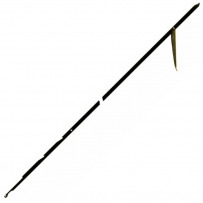 One Response to Mongolian Weaponry